The Club was originally formed in 1986 with 22 Charter Members under the sponsorship of Ballina Lions Club. The focus of their service being the village of Lennox Head with its increasing welfare and civic needs. During the early period between 1986 and 1990 the Club equipped the Foreshore park adjacent to the boat channel with playground equipment and picnic tables and supported those in need especially among the youth of the community and the elderly. 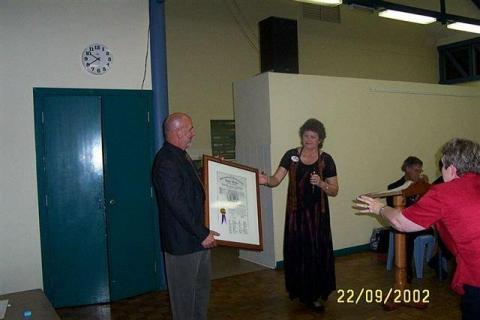 As a result of the lack of numbers during 1990 the Club experienced a period of recess but was reformed in early 2002 thanks largely to the efforts of guiding Lion John Lynch and Chartered on 21st September 2002 with 21 members. Since that time the club has been heavily involved in supporting both specific community needs such as contributions to natural disaster such as the Lennox Head Tornado, the flood relief assistance in the Northern Rivers and in Queensland and the financial help to restoration activity in Christchurch and Japanese earthquakes. Another major focus for financial assistance is the support for young people in the community involved in Leos or other Youth Groups, or young people who need help with attending sporting or relevant educational events. Lennox Head Lions work closely with other Community groups and plays the major role in the local promotion of Australia Day. The Club also provides a BBQ for the Monthly Lennox markets. Lennox Lions support National and International Lions charitable and welfare projects and joins with other Clubs from the area in the Northern Rivers Trust to fund worthwhile projects, too big for one club alone. Such projects have included the provision of a rescue vehicle for the Alstonville-Lennox Head Surf Life-Saving Club and  a dragon boat for the Lennox Head Dragons Abreast.

See here for the Lions Australia Code of Conduct.

Lennox Head Lions operates by the code of ethics common to all Lions organisations:

Lennox Head Lions are people who get involved in humanitarian efforts locally, nationally, and internationally.

If you would like to serve your community through the many volunteer opportunities in Lennox Head Lions Club, this website provides a little more information about what we do.